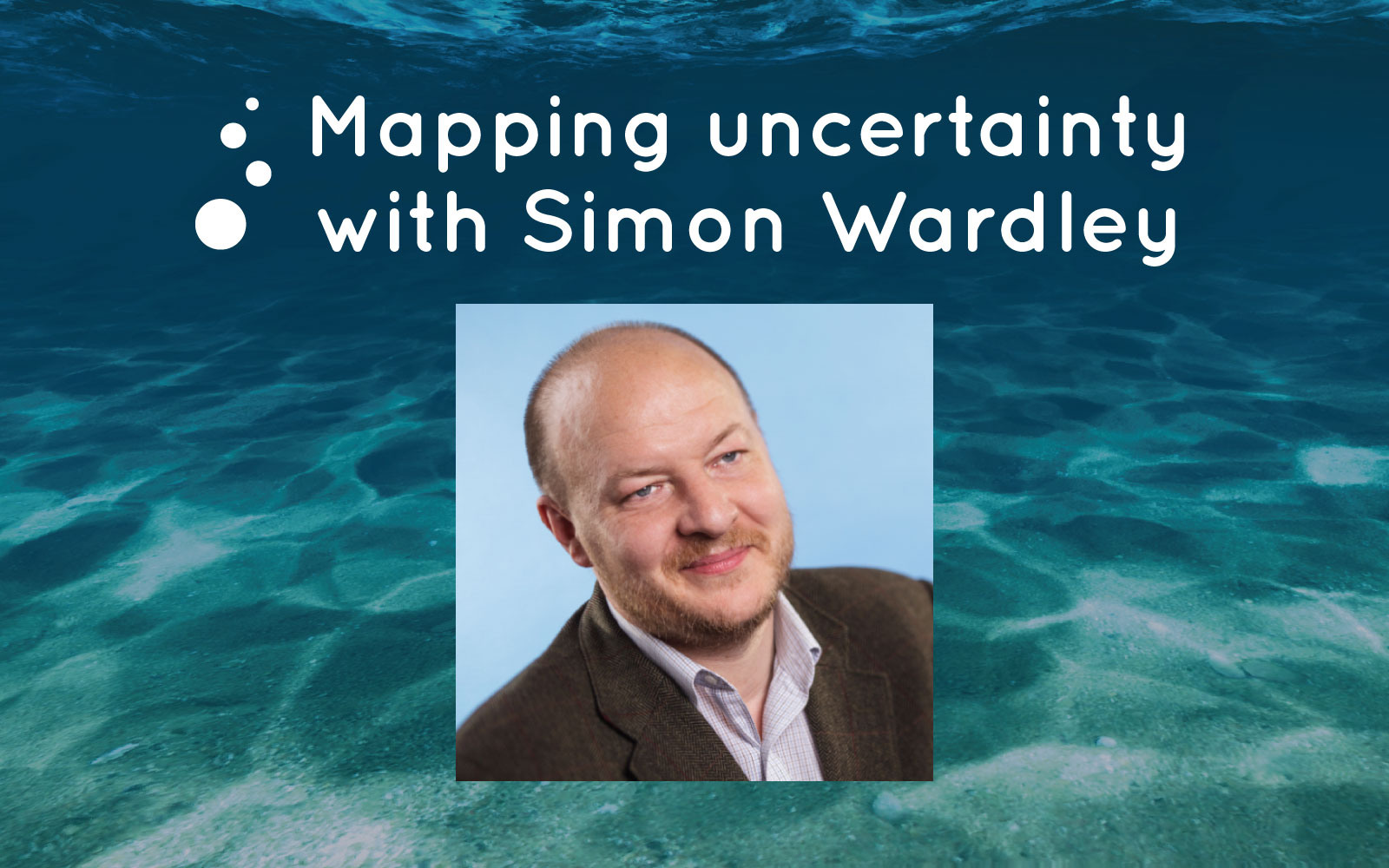 As he prepares to head Down Under for The Deep Dive on 26-27 March 2019, AgileTODAY spoke with Simon Wardley about how mapping assists in guiding contemporary organisational strategy.

Simon, it was wonderful having you in Australia for last year’s AgileAus Conference. We can’t wait to welcome you back for The Deep Dive in just a couple of weeks, where you’ll join Dave Snowden in discussing how organisations and their leaders can deal with uncertainty.

I’m intrigued by a recent quote from your blog: “a map is the fastest way I know of bringing me up to speed of a complex and complicated environment. It’s also the fastest way of discovering just how little I know.” Can you tell us a bit more about how maps can help leaders identify and fill in their knowledge gaps?

Mapping is a method of getting people to describe their assumptions around a space in a visual way that others can then add to and challenge. It forces people to think about who the users are (whether customer, regulators, staff or the business), what their needs are, what components are required and how we should treat those components. Despite this all sounding like bread and butter for a business, it’s surprisingly common for companies not to understand these basics.

As you prepare for your trip Down Under, I’m interested as to whether you think Australian companies have to deal with any unique sources of uncertainty or disruption.

It’s not just companies that are in competition but nation states. I’ve done quite a bit of work on China vs US, for example, as well as on the level of gameplay between nations. Hence, it’s unavoidable that there will be specific issues in certain nations. However, though I’ve taught people within the Australian Government how to map, I’ve not been personally involved… So yes, there will be unique sources of uncertainty and disruption but no, I’m not knowledgeable enough to say what they are.

Broadly speaking, where do you think organisations need to improve when creating and implementing strategy?

Strategy in the majority of organisations is little more than meme copying, gut feel and magic frameworks. It’s quite rare to find an organisation which has a systematic mechanism of learning, communication and challenge. So, to the question of where I think organisations need to improve with strategy: my answer is simply it would be useful if they actually had one, rather than a meaningless jumble of words.

The real question, however, should be whether it matters. Alas, it is perfectly fine to be hopeless at strategy, as long as all your competitors are.

Situational awareness is rarely uniform across an organisation and there are several, mostly homegrown methods for understanding a competitive landscape. It’s for this reason that you find pockets of mapping across Silicon Valley and Governments rather than entire organisations using mapping.

Why does it matter? It matters in the same way that situational awareness matters in other competitive landscapes, such as the military. It tends to help to look at the landscape before making a choice. If you need something more concrete: in one study we undertook, it turned out that companies with higher levels of situational awareness tend to have a more positive market cap growth over a seven-year period. That, of course, is one study and on its own should be treated with skepticism. There are fortunately new studies on mapping being undertaken jointly by Cambridge University and the London School of Economics—we will just have to wait and find out what the academics say before we can make any definitive statement.

You’ve previously identified bias as being one of organisations’ biggest obstacles to progress. I’m curious as to whether you think companies are being increasingly forced to confront this bias and find ways of overcoming it — as we see them making public commitments to improve board diversity. Or will bias always be an issue plaguing organisational leadership?

There are multiple issues at play—inertia, bias and diversity. Inertia comes from applying pre-existing capital (whether activities, practices or data) to a way of doing something. If that environment evolves, then this capital can become a hurdle to change (e.g. the Sunk Cost Fallacy). There are about sixteen different forms of inertia that I’m aware of and tactics to deal with each.

Bias has all sorts of cultural, heritage and other origins. There are many forms and they interfere with our decision process. For example: outcome bias and our belief that because something once worked it will work again, without understanding the reasons why; or authority bias and our belief that someone more senior is right. Fortunately, educational tactics to combat bias can be learned, such as critical thinking.

Diversity – or, more likely, the lack of diversity – is a major problem, as it means we have limited our options to access a broad range of ideas. From biological systems to organisations, a lack of diversity in options and thought is never a good idea, and it can seriously hamper an ecosystem’s ability to evolve or even survive a change.

Social media has magnified the impact of PR blunders—nowadays, a company’s entire reputation can change overnight. As the consumer’s voice becomes increasingly amplified online, how can companies ensure they’re truly connecting with and anticipating customers’ needs?

There are many techniques to help increase awareness of user needs, from basic interviews to understanding the customer journey. However, the first part is to realise that there are users and that those users have needs. In most cases I encounter, entire classes of users have never been considered before. Resolving this has normally been a case of people mapping out the space and someone going “what about these people?”… and then the penny often drops.

Finally, I have to ask: what’s the craziest thing you’ve ever mapped?!

I have a friend who created a science fiction book – The Punch Escrow –  using mapping. The book has met with notable success and is currently being turned into a film. I have seen people mapping themselves, others using maps to save lives (reducing call out times for emergency services), and even monks that map.

Personally, the most inspiring work I’ve been involved with has been mapping within the United Nations; from mission statements of reducing global poverty to the nuts and bolts of the statistical information that is needed to support this.