Why Mindset is Driving the Age Of Agile 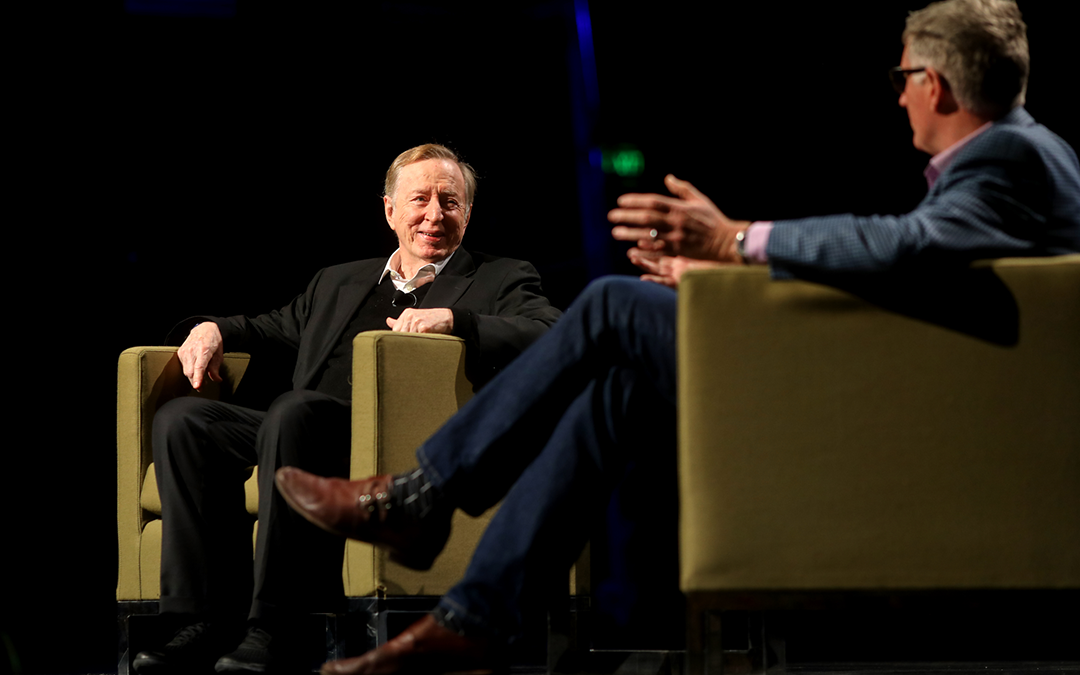 Guest post by Steve Denning, author of The Age of Agile.
Steve Denning was a keynote speaker at AgileAus18 and is the author of The Age of Agile. This article was first published by Forbes on 20 August 2018.
© Stephen Denning, 2018. All rights reserved
As noted in my recent Forbes article, Agile management, after living in the shadows from general management for 15 years, is now “eating the world” and even heralding a new age. A new age? I first heard the phrase “The Age of Agile” as the title of a talk by Professor Julian Birkinshaw of the London Business School in November 2016 at the Drucker Forum in Vienna, Austria.

In his brilliant talk, Professor Birkinshaw said that the older forms of organisation—bureaucracy and meritocracy—were failing through their inability to cope with today’s fast pace and complexity of change. Organisations are entering a new era, he said: the age of adhocracy and Agile.

What does it mean to enter a new era, a new age? Some insights flow from earlier epochal shifts and the pivotal role played by mindset in each of them.

The Protestant Reformation was a reform movement in Christianity initiated by Martin Luther. It’s usually said to have begun on October 31, 1517, when Luther sent “Ninety-Five Theses” to the Archbishop of Mainz. Legend has it that he nailed the theses to a church door in Wittenberg, Saxony, though there’s no contemporary evidence of that.

The theses criticised certain practices of the Roman Catholic Church, such as selling salvation for money (“indulgences”), and challenged the authority of the Pope, suggesting in effect that the Church was corrupt. But Luther’s central theme was that that salvation came, not from the blessing of the Pope, but by individual faith alone—a notion akin to the modern term, “mindset.” The ceremonies and financial transactions of the Church were irrelevant. What mattered was how you viewed your life in relation to God. People could only be saved by having the right mindset.

At the time, the prospects of change looked remote, as the Church, most governments, the ruling classes and civil society supported the continuance of the status quo. The Church fought back and in 1520, Luther was excommunicated. But change was under way. The recently-introduced printing press helped spread Luther’s ideas rapidly across Europe. A vast reform movement began, eventually leading to reform within the Church itself.

Although the Protestant Reformation in due course changed many religious practices, what gave it staying power was the emphasis on mindset. Because Protestants viewed themselves and their lives differently, the world itself changed. If the Reformation had simply been about changes in practices, it would never have had enduring impact. It was mindset that drove the change. By changing the way people looked at things, the world itself changed.

2. The Copernican Revolution In Astronomy

In 1543, Nicolaus Copernicus, an amateur scientist and astrologer in Poland, published his thesis defying the evidence of our senses: the Sun didn’t revolve around the Earth. The Earth revolved around the Sun.

On the surface, Copernicus’s thesis seemed to be no more than a different way of looking at the world and a simpler way of calculating the paths of the planets.

Yet looking at the world in a different way changed everything. Copernicus’s thesis undermined the plausibility of established religion and the divine right of kings. Thus began a process of inquiry into the entire organisation of society, including the rights and privileges of monarchies. Kings and queens still continued to exist, but they occupied a diminishing role in society. When they became a bit uppity, they found their heads being chopped off. Here again, a different mindset led to huge changes in the world itself.

3. The Revolution In Science

Although Aristotle had long been regarded as the father of science and knowledge, it was Sir Francis Bacon who in the early 17th Century laid the foundations of modern science by articulating the idea that science is based on a mindset of doubt.

Science and experiments existed before Bacon, but they were rather like the “scientific” experiments that I was required to do in high school, in which I was asked to reproduce a known phenomenon with an experiment. Real science is about finding phenomena that don’t correspond to what we expect. They are carried out with a mindset of doubt.

Bacon went on, in Novum Organum (1620), to spell out the rudiments of a scientific method centered on experimentation. Although modern science does not follow Bacon’s methods in its details, it is still based on his mindset of doubt. In fact, there is still no agreement on the scientific method in terms of a fixed sequence of steps, since not all steps take place in every scientific inquiry (nor to the same degree), and they are not always done in the same order.

Bacon was also much concerned with forms of fake knowledge or idols (idola). He pointed out that things are often not what they seem (idola tribu). Things are not what people say they are (idola specus). Things are not what is implied by some terminology (idola fori). Things are not always what supposedly learned people tell you (idola theatri). To overcome these human weaknesses, we needed to instill in ourselves a mindset of continuous doubt.

Bacon’s thinking was upsetting to his contemporaries. As the English poet, John Donne, wrote in 1611:

[The] new Philosophy calls all in doubt,
The Element of fire is quite put out;
The Sun is lost, and th’earth, and no man’s wit
Can well direct him where to look for it.
Donne’s concerns were misplaced. Bacon was vindicated by four centuries of amazing scientific progress: a mindset of doubt ended in extraordinary certainties.

Lessons From These Epochal Shifts

Several lessons flow from these examples:

It is also instructive to look at recent efforts at deep change that was less successful: Business Process Reengineering (BPR) movement of the 1990s.

The Parable Of Business Process Reengineering

In the early 1990s, BPR was presented as a transformational business management strategy. It focused on the analysis and design of workflows within an organisation, working backwards from the customer so as to add value to customers. If BPR had been implemented in this spirit, it could have led to deep organisational change.

Initially, there was huge enthusiasm. It was the management fashion of the day. However, it soon became apparent that most companies were not using BPR as its founders had intended. Instead they were implementing BPR within the prevailing mindset of efficiency and using BPR as a pretext to reduce headcount. BPR quickly earned a reputation for being synonymous with downsizing and layoffs. Despite the underlying good idea of “working back from the customer” it was absorbed by the prevailing cost-cutting mindset. As a result, BPR fell into disrepute, much to the chagrin of its founders, Tom Davenport, Michael Hammer and James Champy.

A key aspect of BPR is that it offered no explicit change in mindset. It merely suggested a different set of processes. It was therefore easily subsumed and subverted by the prevailing cost-cutting mindset.

Lessons From These Epochal Shifts

There are at least five differences between Agile and BPR.

As a result, Agile organisations, as Professor Birkinshaw suggested in 2016, are leaving behind both “the industrial age” with its emphasis on efficiency, based on finding the right answer through planning and rational analysis. A new kind of management is emerging, in which “adhocracies” emphasise searching out opportunities, finding solutions through rapid experimentation, and achieving agility through decisiveness. By drawing on the full talents of those doing the work, firms generate continuous new value for customers, thus creating a virtuous circle of value creation, always driven by the Agile mindset.